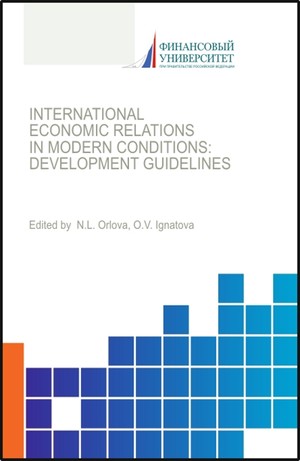 Late XX - early XXI centuries characterized by the development of internationalization and globalization of the world economy. Customs tariffs were gradually reduced and a reduction in non-tariff regulatory measures was announced, which led to a significant increase in international trade and production. International financial markets liberalization stimulated the movement of financial flows between countries. The easing of the visa regime and the development of transport communications have led to an intensification of international labor migration.
However, at the moment the situation has changed. The growth of the world economy has significantly slowed down, the number of unilateral restrictions on foreign trade and the scale of trade wars have increased. The processes of regionalization and neo-protectionism took the first place.
In the monograph, the authors tried to analyze the changes that have occurred. The monograph is for undergraduates, postgraduates ang a wide range of readers.